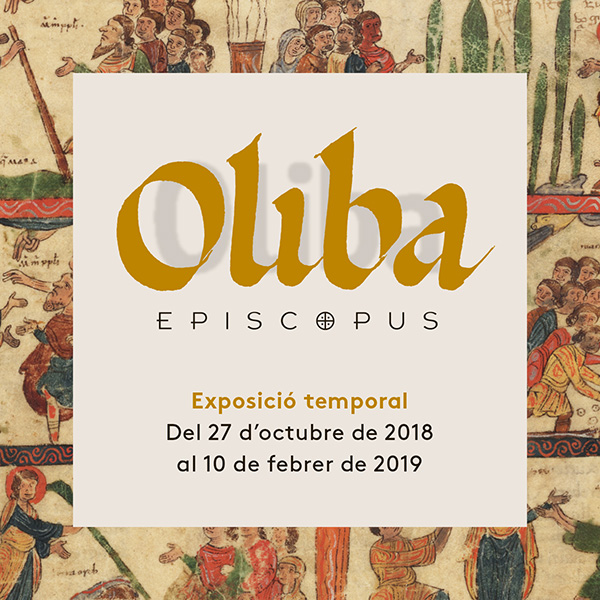 
Oliba of Cerdanya (971-1046), count, monk, abbot and, since 1018, bishop of Osona, is considered one of the most important figures of mediaeval Catalonia. Many actions that made him famous, such as the Peace and Truce of God, were undertaken thanks to his status as Bishop. In order to understand the true importance of Oliba, he must be placed in the context of the great ecclesiastical leaders who were active across Europe at this time, not only in terms of spiritual, cultural and institutional work but also in respect of international relations and artistic creation.

The exhibition Oliba episcopus, part of the Episcopus project of the Bishopric of Vic, proposes a fresh look at Oliba, his context and the various aspects of his life’s work, from his beginnings as a count, through his condition of monk and abbot, his episcopal consecration and the duties of the Bishop, to his artistic, cultural and political work. The exhibition brings together the most significant objects and documents of Oliba’s life and of his entourage, along with other from the same period, coming from different collections based in Catalonia and elsewhere in Europe (Vic, Barcelona, Girona, Madrid, Paris, Hildesheim and Vatican City). Among the most important exhibits are the two bibles from Ripoll and Roda, promoted by Oliba, which together with the fragments of a third bible (that of Fluvià) are displayed together for the first time in this exhibition. As well, a virtual tour of the Romanesque Cathedral of Vic in its 11th-century stage is offered.

Within the framework of:
Episcopus