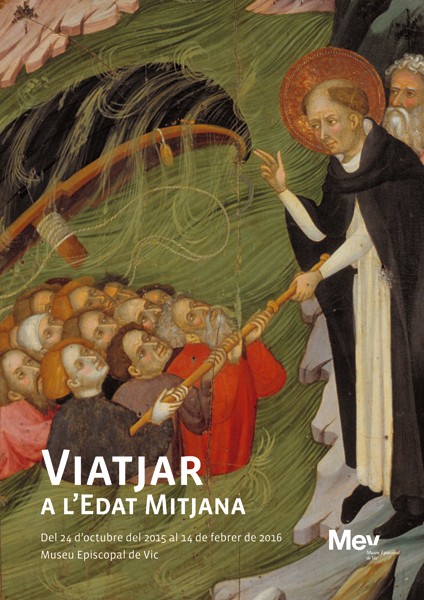 Travel in the Middle Ages

Was the Middle Ages a sedentary era? What were journeys like in the Middle Ages? Where did people travel? Who were they? What were their reasons? The exhibition "Travel in the Middle Ages" gives answers to all these questions with around a hundred artworks from various museums in Catalonia and other places in Europe. Both directly, with travelling items and accounts of actual documented journeys, and indirectly, with images and pictures, the exhibition shows various aspects of what travelling was really like in the Middle Ages, from a European and Mediterranean perspective. The exhibition displays essential elements of medieval travel, taking a look at the symbolic and ideological aspects as well as the physical conditions involved. After dealing with the concept of travelling in western European Christian society, the focus moves to the journey in its physical sense, with modes of transport, ways of representing the world, instruments for finding one's way around, lucky charms and objects used for spiritual protection, plus a series of foldable transportable items suitable for taking on a journey. The final sections concentrate on the various profiles of the medieval traveller, frequently closely linked to our view of the Middle Ages: the knight and the crusader, the priest and the pilgrim, the governor and the wealthy citizen, the merchant, the intellectual, the explorer and the artist. The exhibition "Travel in the Middle Ages" is the outcome of collaboration between the Musée de Cluny - Musée National du Moyen Âge (Paris), the Museo Nazionale del Bargello (Florence), the Museum Schnütgen (Cologne) and the Museu Episcopal de Vic, all of whom are members of the European Network of Medieval Art Museums. The exhibition is the first joint event held by this international network, whose aims are to move forward in the collaborative work done by members, publicise their collections and encourage a fascination for European medieval art.